The next Dance Network of South Dakota Convention will be held October 29-31, 2021 at the Performing Arts Center of Rapid City 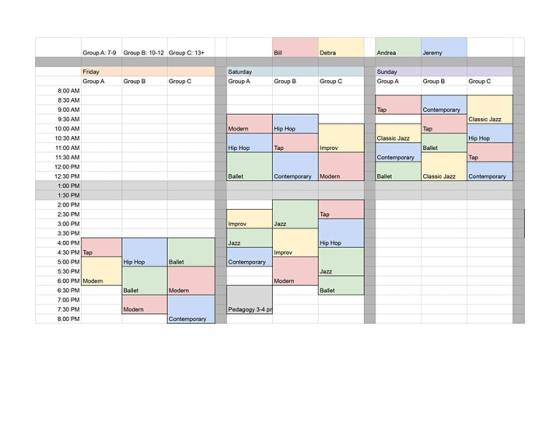 Bill Evans, professor emeritus at both the University of New Mexico and the SUNY College at Brockport, taught at Dean College (Franklin, Massachusetts) and Providence College (Rhode Island) after retiring from the State University of New York in 2014. In September, 2018, he relocated to Port Townsend, Washington, where he has established the Evans Somatic Dance Institute.
He started making up his own tap dances after seeing a Fred Astaire movie in 1943 and pestered his parents to let him take lessons for five years. Finally, at age eight and a half, his parents enrolled him in tap classes. At age nine, he began five years of study with June Purrington Park, who had studied with Louis DaPron in Los Angeles. June not only shared DaPron’s work with her students, but she also taught them how to hear, feel and count music, and she accompanied every class on the grand piano in her studio.
Evans became a “closet tap dancer” when (during the Great Tap Drought) he entered the worlds of ballet and modern dance, most of which looked down on tap as “mere entertainment.” He burst out of the tap dance closet in 1978, however, when he brought The Changing Times Dance Tap Company (Cookie Cook, Bubba Gaines, Jane Goldberg and Brenda Bufalino) production of Shoot Me While I’m Happy to his annual Seattle Summer Festival of Dance.
He established the Bill Evans Rhythm Tap Ensemble in Albuquerque in 1992, and tap choreography and performance have been significant parts of his life ever since. In a 2004 Dance Magazine readers’ poll, he was named one of the world’s favorite three tap artists, along with Savion Glover and Brenda Bufalino.
He majored in English and ballet as an undergraduate and modern dance as a graduate student at the University of Utah. He danced professionally in New York City and Chicago before returning to Utah to join Repertory Dance Theatre, where he served as dancer, choreographer and artistic coordinator from 1967 through 74. He has since created or reconstructed 19 works for that company, including a full evening of his works in November, 2017.
The Bill Evans Dance Company celebrated its 40th anniversary in April 2014. It has appeared in all 50 U. S. states and has taken Mr. Evans to 26 other countries. BEDCO has appeared at American Dance Festival, Jacob’s Pillow Dance Festival and many international dance festivals.
Evans has been awarded several fellowships and grants from the U. S. National Endowment for the Arts and multiple state arts agencies. He has been awarded a Guggenheim Fellowship, the New Mexico Governor’s Award for Excellence in the Arts, Lifetime Achievement Awards from National Dance Education Organization (NDEO), American Dance Guild (ADG) and Dance Teacher Magazine. He was awarded an honorary doctorate from the Cornish College of the Arts in Seattle. He was named one of three favorite world tap dancers in the Dance Magazine Readers’ Poll. He received the Distinguished Alumnus Award from the University of Utah and the Outstanding Dance Educator Award from the New York State Dance Education Association. He has served as a Fulbright Specialist in residencies in Guatemala and Costa Rica. He received the second Outstanding Service Award ever bestowed by the National High School Dance Festival and was the third dance artist to be honored International Association of Dance Medicine and Science. He was named National Dance Association (NDA) Scholar Artist in 1997. He has served on the boards of NDA, NDEO and American College Dance Association (ACDA). He has served as ACDA adjudicator and/or guest artist 23 times. He has coordinated three ACDA conferences and assisted in the hosting of two others.
He served as interim artistic director for Winnipeg’s Contemporary Dancers and has served as a guest teacher and choreographer for WCD and for the Senior Professional Program of the School of Contemporary Dancers, where he has returned every May for more than two decades.
The Bill Evans Summer Institute of Dance celebrated its 43rd year in 2019, and the Bill Evans Teachers Intensive its 21st. His annual Somatic Dance Conference and Performance Festival (held in Geneva, New York) turned seven that same year. Evans celebrated his 80th birthday in April.
Andrea Vazquez

Andrea Vazquez (MFA SUNY Brockport, BFA National Conservatory of Dance in Mexico D.F.) is an interdisciplinary dance artist. She was a scholar under FONCA, and has danced in several professional companies in Mexico and the United States.
She creates work and teaches movement through LabanBartenieff lenses. She is interested in performances that explore the idea of ‘truth in fiction’ and ‘fiction in truth.’ She is co-director along with her creative and life partner, James J. Kaufmann of Another River Interdisciplinary Ensemble. Federal Council for Culture and Arts in Mexico.
Dr. Debra Knapp

Debra choreographed over 50 dances and produced 40 dance concerts for the NMSU dance program. She hosted the ACDFA South-Central Region’s conference in 2011, the National Dance Association’s pedagogy conference in 2010, and the National Association of Ballet Folklorico Conference in 2007 along with several summer dance festival bringing national modern dance, African dance, Flamenco, and ballroom artists to her community.
Debra has also been a keynote speaker at conferences and festivals both in the USA, China, Switzerland and Mexico. She has received national choreographic recognition from the American College Dance Festival Association and the National Dance Association, where her dance TOUCH was performed at these organization’s national conference in New York City and Ft. Worth Texas.
Debra received the National Dance Association’s 2012 University Dance Educator and 2013 Scholar/Artist awards. She has received the Donald C. Roush award for teaching excellence and the Research Council’s award for creative scholarly activity both from NMSU. Debra received the Doña Ana Art Council’s Arts-in-Education Award. She was also a New Mexico Kennedy Center artist.
During her career she has had the opportunities to be the Artistic Director for the Windfall Dancers and Windfall Movement Center, the rehearsal director and modern dance trainer for the Semperoper Ballet in Dresden Germany, the Artistic Coordinator of Celebrate Youth Summer Dance and the Bill Evans Summer Dance Institute, and guest choreographer and instructor for universities and colleges throughout the United States.
Debra has been an Artist-in-Education since 1977 as a dance/movement specialist. Her creative endeavors in education has included researching and implementing movement programs that enhance the curriculum for the kinesthetic learner for grades pre-school, elementary and middle school students.
Debra continues to freelance as a choreographer, performer, and dance instructor.
Jermey J. Edmonson

Jermey J. Edmonson started dancing in Seattle, WA with the company Kutt ‘N’ Up under the director Tyrone ‘Koach T’ Crosby.
In 2010 he moved to Las Cruces, NM to pursue his B.A. in dance at New Mexico State University where he achieved his goals and graduated in 2014. He decided to further his education in 2016 at New Mexico State University by pursuing his Masters of Arts in Teaching Dance and graduated in 2018.
Jermey was the pioneer of Hip Hop dance at New Mexico State University and was able to create and be the director of the first hip hop company ‘N’ Concert. He was also the first Hip Hop teacher at The University of El Paso Texas.
During those 8 years at New Mexico State University he was trained and mentored by Dr. Debra Knapp under Bartenieff Fundamentals and Laban Movement Analysis and was able to teach Modern 1 – Grad.
He has performed at Summer Jam (2007-2009) in Quincy, WA and has opened for Lil Wayne. He has performed at the American College Dance Association (ACDA) 2011- 2014 performing in Gala for 3 years and was first runner up for his solo ‘Hear I Am Heard’ (2014) and duet ‘The Manipulator’ with Colette Kerwick (2016) for nationals.
Jermey has traveled and taught at multiple ACDA’s, Mexico, Texas, and Kansas.
He is currently pursuing his Master of Science in Legal Studies.